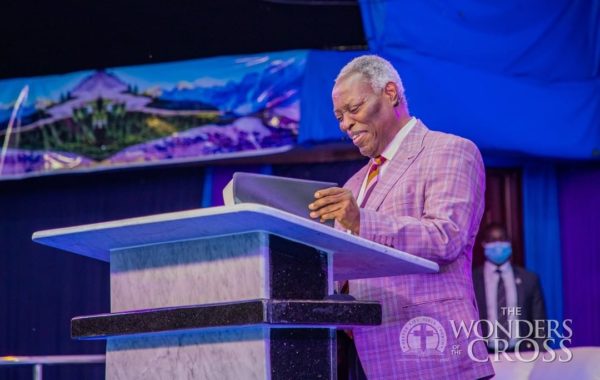 27 And the Lord said to Aaron, Go into the wilderness to meet Moses. And he went, and met him in the mount of God, and kissed him.

28 And Moses told Aaron all the words of the Lord who had sent him, and all the signs which he had commanded him.

29 And Moses and Aaron went and gathered together all the elders of the children of Israel:

30 And Aaron spake all the words which the Lord had spoken unto Moses, and did the signs in the sight of the people.

31 And the people believed: and when they heard that the Lord had visited the children of Israel, and that he had looked upon their affliction, then they bowed their heads and worshipped.

KEY VERSE: “And Aaron spake all the words which the LORD had spoken unto Moses, and did the signs in the sight of the people” (Exodus 4:30).

Evangelist T. L. Osborne travelled to India in 1924 with his wife shortly after their marriage. They carried the gospel of Christ to millions in India but returned without making much impact. Their message was true and powerful, and the sermons were good, but the Indians were not after good sermons or another religion they already had one. What they needed was a confirmation of the gospel by signs, miracles and wonders, which they did not have. Osborne would later take the gospel of Christ to 70 countries, including India, when the anointing manifested, to back up the Word with signs following.

Moses, who left Egypt, was presented in our text to the elders of Israel. Aaron informed the audience of the words spoken to Moses by the Lord, but that was not enough to convince them, until he performed the signs in their sight. Then they believed and bowed their heads in worship to God for they knew that their deliverance from Egypt was near.

Anyone familiar with the state of things in Egypt at this time knew it would take more than good intentions or sermons to convince Pharaoh and the Egyptian taskmasters to free Israel. That was the reason the Lord told Moses to take his rod with him for signs (Exodus 4:17).

We need signs and miracles today as evidence to the unbelieving world that Jesus is Christ. This will convince the gainsayers, correct their wrong notions about the gospel and make them accept the message of salvation.

THE BIBLE IN ONE YEAR:
Matthew 26

THOUGHT FOR THE DAY:
Signs back up our sermons

DCLM Daily Manna was written by Pastor W. F. Kumuyi; is the founder and General Superintendent of the Deeper Life Bible Church situated at KM 42 on the busy Lagos-Ibadan Expressway, Nigeria.

DCLM Daily Manna – Who Are You Travelling With?