Devin Williams Stirs Up The Chart With “Like A Fire” 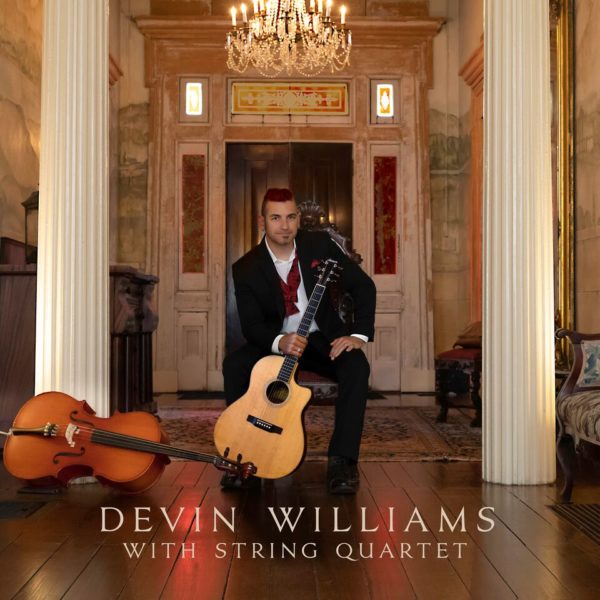 Devin Williams, a six-time Billboard Top 30 Christian Rock charting artist, takes the #1 spot this week with the “Christian Rock Most Added” song on the Billboard charts according to Nielsen BDS with his latest release Like a Fire. The rock version of Devin’s single is currently available on iTunes, Spotify, Google Play, Apple Music and Amazon. The song is also featured on Devin’s new project Devin Williams with String Quartetwhich can be pre-ordered by clicking hereand will be available on all online retailers on Friday, August 31.

“I’ve always felt, since we recorded the original rock version, that Like a Fire was a song that people needed to hear,” says Devin. “With everything going on in the world, just turning on a news broadcast or opening a social media app can be overwhelming, but this song is a reminder that God’s truth and lessons remain. As I sing in the chorus — ‘You can’t stop this light from burning.’ I’m excited for everyone to hear the new version that we have on the string project, too. The quartet and the new arrangements are shedding a whole new light on these songs.”

Devin reimagines five of his six Billboard Top-30 Christian Rock hits in this new collection Devin Williams with String Quartet, featuring the lush arrangements of a string quartet. This project is mastered by Brad Blackwood, the Grammy Award winningengineer behind projects for Maroon 5, Korn, Skillet, Sara Bareilles & Alison Krauss. In addition, he honors his new dual citizenship status with the release of his first song in Italian Qui Per Te (Here for You). He most recently wrapped a two night headliner run in the Middle Tennessee area at the Robertson County Fair.

About Devin Williams
Devin Williams, a six-time Billboard Top 30 Christian artist, has impacted audiences throughout the world sharing the stage with for King and Country, Tenth Avenue North, Building 429, Family Force Five, KJ52, Fireflight, SonicFlood’s Jeff Deyo, and Rapture Ruckus. On the Billboard Christian Rock charts, he has charted the following singles Destruction of Kings (#15), I Will Overcome(#18), Eraser (#23), Feel You Falling (#24), Here for You (#27) and Save Me (#30).

This husband and father of three boys, spends his time beyond the road and studio serving as a worship leader at Grace Baptist Church in Middle Tennessee. His twelve years of service as a worship leader has presented Devin with the firsthand experience of witnessing the passion and unhindered emotions that can truly connect to the heart when God’s word and lessons are shared through music. Never resting on his laurels, this Golden State and Bluegrass raised recording artist wanted to expand his musical reach with his latest project, Devin Williams with String Quartet. Working with classical musicians, his music, once again, was transformed with the addition of rich and colorful arrangements that bring a new, dramatic element to these Christian Rock hits. Devin Williams with String Quartet premieres on all online retailers on Friday, August 31.