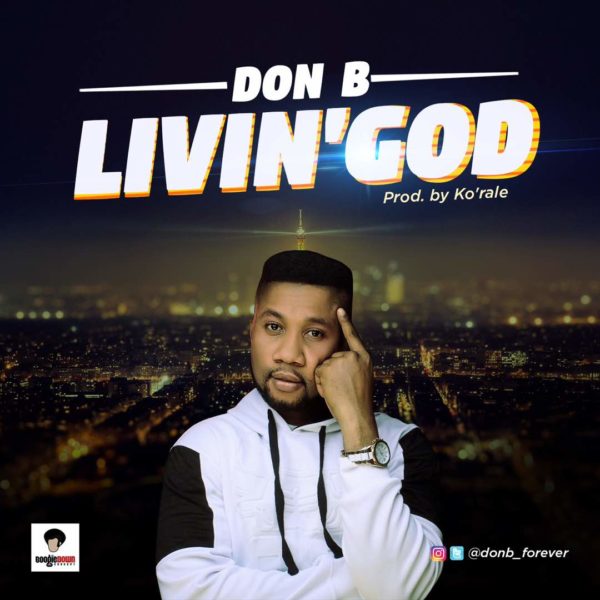 ‘Bright Thomas’ popularly known on stage as ‘Don B’ is a Nigerian gospel singer, song writer and a business man. He was born on 16th September 1986 in Calabar. He is originally from Akwa-Ibom state in the south eastern part of Nigeria. He is the Forth child in a family of five children.

His Love for God and gospel music started from a very tender age. He started by playing local drums made of animal skin. He joined the choir in his local church “Mount Zion  Light House” in calabar where he learnt how to play other instruments such as the keyboard, base guitar, and lead guiter.

He started writing songs in 2008, in 2015, he became a signed artist to Boogie Down records owned by the popular gospel singer Samsong. He launched his first album titled “Pit To Palace” in July 10th 2016 in the capital city of Nigeria, it was a great success. He has dropped two singles titled “do well” and “forever”. He has collaborated with powerful gospel artists such as Samsong, Steve Willis, Solomon Lange, and Promise Benson.

Bright Thomas is member of City of Deliverance Bible Church International where he hold’s the position of the music director. His aim is to make the name of God known to every creature and to win souls for God.