South Africa’s award-winning and multiplatinum-selling gospel artist – Dr Tumi has dropped his latest single “Jesus You’re My Life” and opened up for pre-orders on all digital platforms.

The song is a precursor to the 20 track double-disc album called Love on the Cross that will be released later in the year.

He explains further: “I wanted to produce a sound that defines me even more. I managed to bring together different musicians to build a fresh sound that will have a greater reach.  I also featured some of my favourite musicians on the album, and all will be revealed in good time. I’m happy with the production of Jesus you’re My Life. It’s an accomplished dream for me to have produced this album.”

The album is centred around the love of God expressed through the sacrifice that was made on Calvary. It’s meant to refocus attention on the cross. It covers songs of gratitude, songs that speak hope to those feeling depressed, rejected and condemned.

The gospel sensation always finds ways to involve the ‘fam’, his supporters in his projects. This time around he invited creatives to design the artwork for the new album, and he couldn’t be prouder of the results. 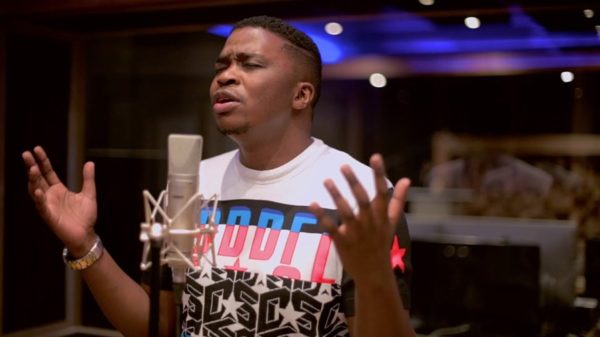