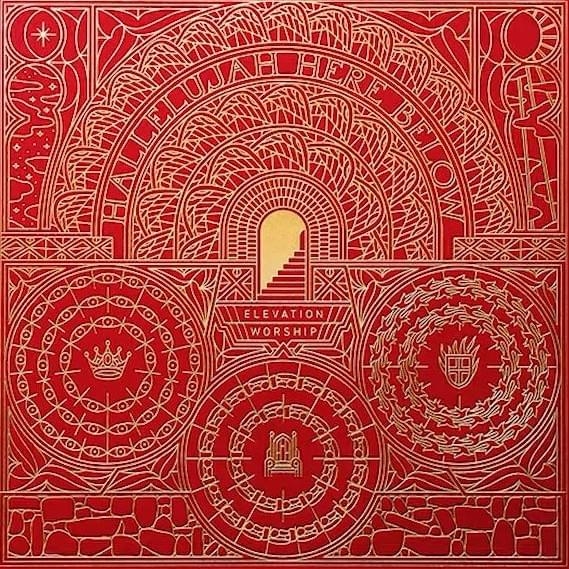 With nearly 800k subscribers on YouTube and ½ million followers on social media, Elevation Worship has captured the hearts of a new generation bent on worship. Elevation Worship’s upcoming offering is the soon-to-be released Hallelujah Here Below – a live recorded album from a night of worship at their Ballantyne campus.

The all new 14 track collection is slated to release on September 28th. The first single from the project, “Won’t Stop Now,” is available as an instant grat to those who pre-order Hallelujah Here Below on iTunes.

To celebrate the release of new music, Elevation Worship also announces their Hallelujah Here Below Tour that will journey across the East Coast and into Canada this October. This upcoming tour follows in the wake of their successful U.S. tour last fall and fresh off the Outcry Tour in the spring. Tickets are now available here.

“These nights of worship across the country have become powerful and landmark encounters in the presence of God,” said Chris Brown, worship leader with Elevation Worship. “We can’t wait to be in new cities, with new songs this fall and see how God moves!”

Elevation Worship is the worship ministry of Elevation Church, a multi-site church, based in Charlotte, NC and led by Pastor Steven Furtick. The church has been named one of the Fastest Growing Churches in America by Outreach Magazine for the past six years. Furtick will be a special guest on two of the dates. Award-winning Christian music artist Travis Greene will be a special guest on all the dates, except Toledo.

The group has released albums for 11 years, including There Is a Cloud, featuring the song “Do It Again,” and Here As In Heaven, featuring the song “O Come to the Altar,” which was named one of the top Christian music albums of 2017 by iTunes, Worship Leader Magazine, and others. Elevation Worship has toured previously with worship bands such as Hillsong Worship, Kari Jobe, Bethel Music, Jesus Culture and Lauren Daigle, and headlined the Outcry Tour in April.

This year, Elevation Worship was nominated for the K-LOVE Fan Awards for Song of the Year for “O Come To The Altar.” The group also received a nod for the 2018 Billboard Music Awards for Top Christian Artist.