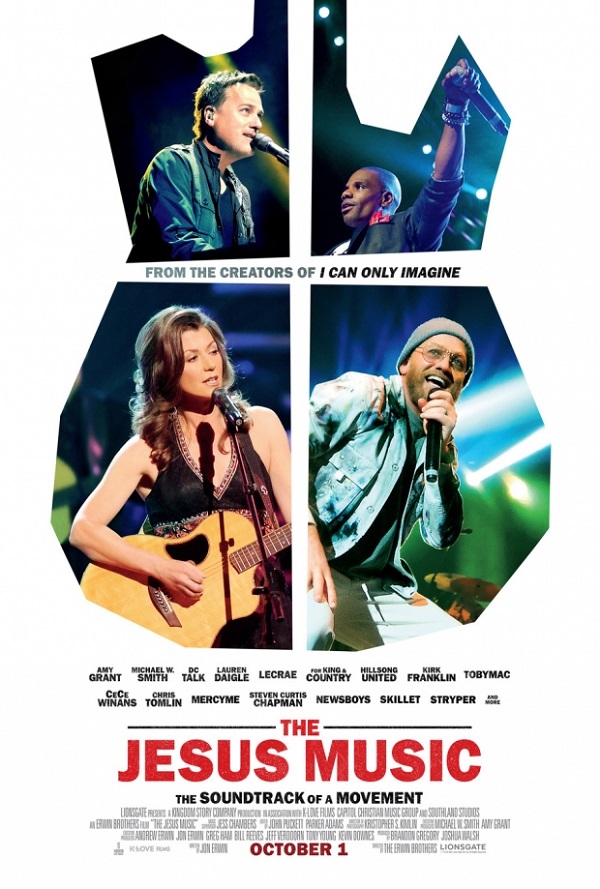 The Jesus Music, released by Lionsgate, which premiering on 249 screens on Oct 1, grossed an impressive $560K. This makes The Jesus Music the second-best faith-based premiere in the specialty box office this year. Even more notable is that the film’s per screen average comes out to $2248, a huge number for a movie posting 200+ runs, let alone a documentary. As a result of its succcess, 20 additional locations will screen the movie this weekend.

The movie re-tells the story of how contemporary Christian music captured the heart of America in the 1960s and how it blossomed into a worldwide phenomenon. This fascinating documentary reveals the music’s uplifting and untold story – from its humble beginnings at the Calvary Chapel in Costa Mesa, California through its transformation into the multibillion-dollar industry of Christian Contemporary Music today.

Directed by the Erwin Brothers (“I Can Only Imagine,” “I Still Believe”, “American Underdog: The Kurt Warner Story”), THE JESUS MUSIC is the definitive love letter to CCM fans that features intimate interviews with the genre’s biggest stars including Amy Grant, Michael W. Smith, TobyMac, Kirk Franklin, and Lauren Daigle. With stories of trials and triumphs, the universal power of music from these artists shine through from their messages of passion, sacrifice, and redemption that inspire millions of devoted listeners.

Watch The Official Movie Trailer Below;

The film has received a coveted “A” Cinema Score as well as 98% audience score on Rotten Tomatoes, along with a plethora of coverage from a wide range of press and critics, including Associated Press, Billboard, The Catholic Faith Network, The Christian Post, CBN, Crosswalk.com, FORBES, Good Christian Fun podcast, Keep the Faith, LA TIMES, Patheos, Pureflix, Relgion News Service and much more. Additionally, both Amy Grant and Michael W. Smith have made several national media appearances, including on FOX & Friends, The Tamron Hall Show, The Today Show, FOX NATION and Sean Hannity Radio.