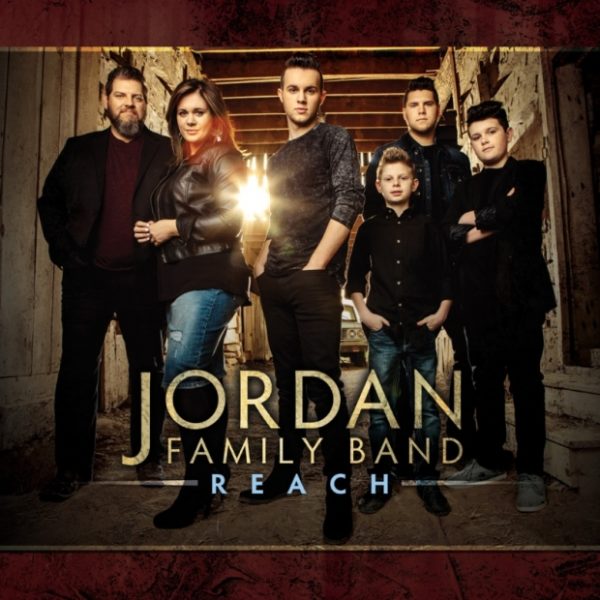 The brand new album Reach by the Jordan Family Band has caused a splash on the charts. The Christian Music Trade Association (CMTA) compiles a weekly album sales chart for Billboard® Music and with the week ending July 19, 2018, Reach for the Jordan Family Band debuted in the #1 position on the Southern Gospel chart and at #17 on the chart for Billboard® Christian music.

“We are so humbled and grateful to get the news that our new album Reach is #1! God is so good to us and we give Him ALL the glory for this! Reaching the lost and the broken with the gospel through song is our desire,” says Randa Jordan. “Thank you to our record label and all the staff who work so hard behind the scenes constantly to further our ministry. To everyone who SUPPORTS our ministry, THANK YOU! God is faithful!”

The Jordan Family Band is a family group from Georgia with a country gospel feel, that seeks to encourage, uplift, praise and ultimately to see souls saved. The group consists of Josh and Randa Jordan and their sons, Hutch, Alex Grant and a family friend who is like an adopted son to them, Keenan Atkinson.

In 2017, the family released their first recording, “Joshua 24:15” on the Skyland Records and watched it propel quickly into iTunes Christian genre’s Top 10 album chart. It  debuted on the Billboard Christian chart at #12, then their first single climbed to #28 on the Singing News Gospel chart. The second release from the album, “My God Is Faithful” peaked at #34 on the Singing News Top 40 and also become the only Southern/Country Gospel song of 2017 to enter into iTunes Single Top 10 in the Christian genre as it peaked at #8. The family garnered more than 18 million social media views through Facebook, YouTube and Instagram throughout the year, with an acoustic video of “My God Is Faithful” gaining more than 1.5 million views in just a few days.