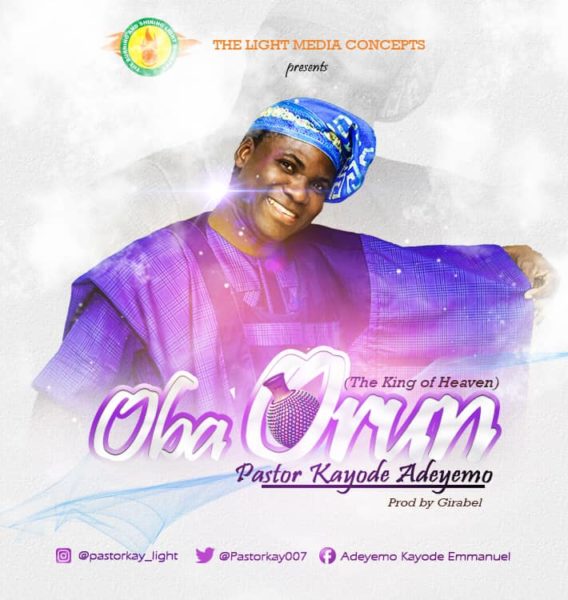 ‘Oba Orun’ which means ‘The King Of Heaven’ is a Yoruba song and ode describing the Glory of God’s majesty and exalting His personality.

It is a fusion of combined traditional and contemporary style given in African rhythm and percussion instrumentation.

Pastor Kayode Adeyemo is the Senior Pastor of The Burning and Shinning Light Ministry A.K.A Light Citadel.

Apart from being a General Overseer, He is also a teacher, counselor, mentor, an author and a music director. He also holds a position as a director at Harmonious Chord Media College in affiliation with South West Media College, South Africa.

He has also released four albums to his credit in which “MOJUBA’’ is enjoying massive airplay on the airwaves.

He is married and blessed with four adorable children.

[Music + Lyrics] Nobody Else – Cindy Williams