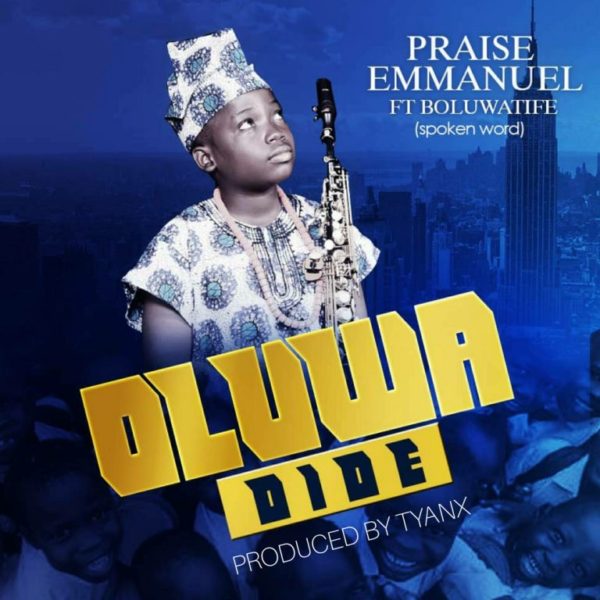 Praise Olaoluwa Emmanuel Adebayo a.k.a  Praizyhm is a multi talented gospel instrumentalist who started playing drums at the age of 4 years old.

He has contested in global competitions like GCGT, KidsSay and Super Smart Kids. He is currently the drummer of Nnena and friends kids band.

Praizyhm started playing saxophone about two years ago and by the grace of God he has ministered in different churches and social functions like RCCG LP 61, RCCG LP 48 annual program 2018, weddings, corporate events and TV shows. He has also granted interviews to many media houses.

Praizyhm, though a JSS 3 student, is a graduate of MUSON ABRSM Grade three class and passed the grade three exams with distinction.

In of one of his rehearsal, God revealed the song “Oluwa Dide” to us, so we use the song to pray for the release of Leah Sharibu and other children in all forms captivity.

It was indeed a long journey of revelation before the co-producer of this song (Walesax aka Saxwarrior) agreed to what God told us. It took more than a month until God revealed the same vision to him to confirm He actually sent Praise to do the song.

‘Oluwa Dide’ is a plea to God to rise and fight our battle especially for Leah Sharibu and other children in captivity. The song features one of the fast rising spoken word minister, Boluwatife, a 9 year old girl God is using to bless lives.