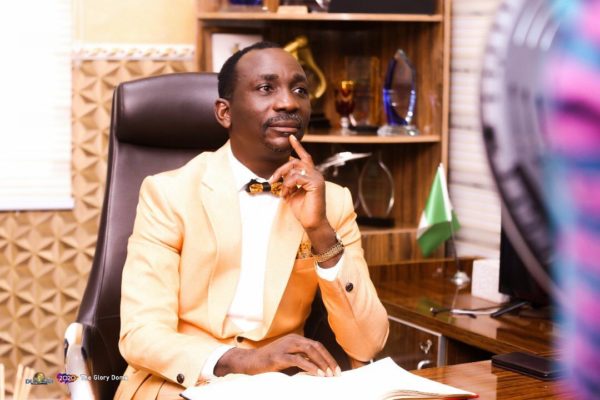 Charisma and capacity may take you up but it is character that keeps you up.

SCRIPTURE: Hereafter I will not talk much with you: for the prince of this world cometh, and hath nothing in me. John 14:30.

THOUGHT FOR THE DAY: Charisma and capacity may take you up but it is character that keeps you up.

Previously, we saw that character is key to destiny fulfilment. Character is the bedrock of destiny.

Today, I will like to give you two key thoughts on character:

ii. Character is superior to both charisma and capacity

Your charisma implies how vibrant, gifted and attractive you are while your capacity reflects how much you have developed yourself in terms of the skills you have acquired.

There are people with first class certificates who have third class character, and so they can’t keep a job. They can’t work with people, and people cannot work with them.

There are intelligent people who are stranded in life due to character bankruptcy. I know a man like that who was stranded in life for many years. Anywhere he is employed, he would begin to drink alcohol and insult people including his boss.

My counsel is: maintain a positive character so you can fulfil destiny.

Remember this: Charisma and capacity may take you up but it is character that keeps you up.

PRAYER: O Lord, deliver me from any lifestyle that will affect my destiny negatively. Help me to maintain quality character, Lord, in Jesus’ Name.

FOR FURTHER UNDERSTANDING, GET THIS MESSAGE: FORCES OF DESTINY (PART 2).

QUOTE: When anyone tells you to accept a bribe, you will tell them that it is contrary to the laws of your country. Culled from “WHO ARE YOU?” by Dr Paul Enenche.

AMAZING FACT: A lion can hear the sound of a prey up to a mile away.

PROPHETIC DECLARATION/WORD: Help to be all Jehovah wants you to be is released on you in Jesus’ Name.

Seeds Of Destiny Devotional – The Two-Sided Effect Of Relationship

Seeds Of Destiny Devotional – The Centre For Life, Healing, Health And Safety

Seeds Of Destiny Devotional – The Power Of Relationship

Seeds Of Destiny Devotional – A Threat To The Devil

Seeds Of Destiny Devotional – The Importance Of Wisdom

Seeds Of Destiny Devotional – Walk In Mastery Over The Enemy