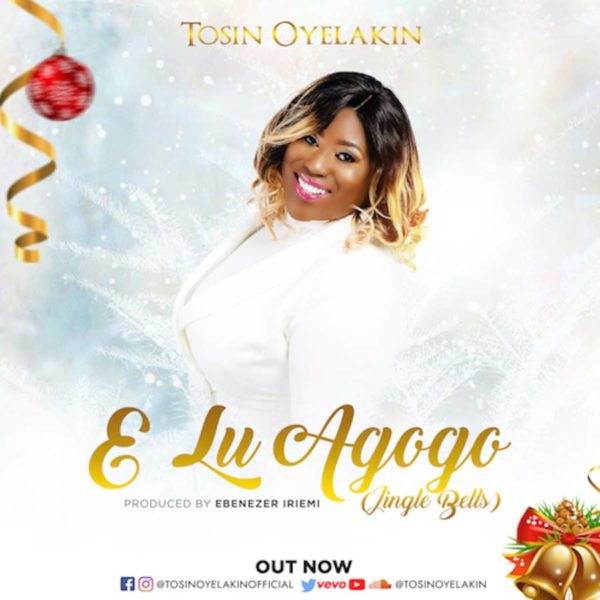 Christmas is that time of the year when we celebrate our King Jesus who was born to release us from the bondage of sin and death. It is also a great opportunity to share the gospel.

Tosin says, “I see everyday that I am given as an opportunity to share the gospel, and no better time than this festive period when people’s spirits are generally high and there’s joy of the season in the atmosphere. I believe their hearts will be more receptive to hearing the gospel in a Christmas song. “

Tosin is a British-Nigerian Gospel Singer/Songwriter who has been singing in church since the age seven, first in her church choir in her country of birth Nigeria and today in the UK where she now lives.

In February 2016 Tosin released her debut 3 track EP, ‘You’re Precious’, which is a combination of contemporary RnB sounds and deeply inspirational words that seek to bring, comfort and healing to all those who are in need of it.

The title track, ‘You’re Precious’ is a song which is both like a conversation between a person and God, and also a song about life’s journey, showing God’s loves for us all, even though at times we do not know or even recognize this.

The second track, Beautiful is an inspirational one which encourages us to see ourselves through the ‘mirror’ of the bible and who God says that we are, and not through some derogatory words which might have been sown in us, seed of low self worth.

Lastly there’s the added bonus of ‘You’re Precious Remix’ to add a bit of flavour to the original track with the dynamic male vocal of D’Amadeus (David Ayeni) bringing some added pop sound to the song.

Apart from being a singer, Tosin is also an inspirational writer/speaker with a successful blog/page on Facebook which is reaching out to thousands of people across the globe and seems to be making a positive difference to the lives of many. Tosin’s blog posts can be seen on the blog page of her website – tosinoyelakin.com.