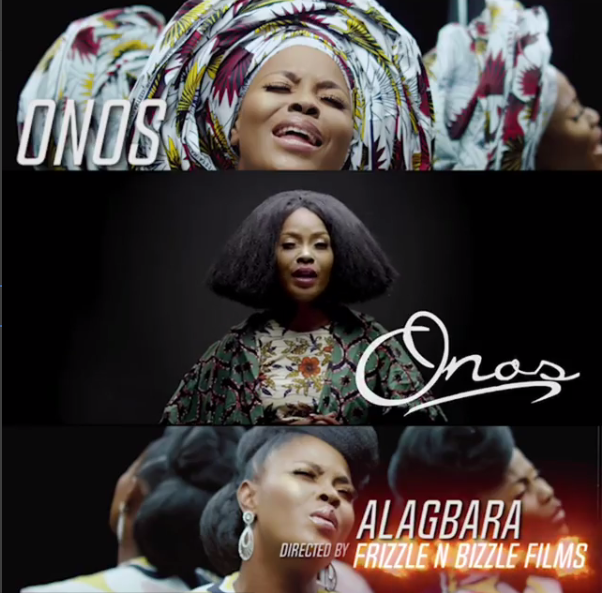 The video was directed by Frizzle and Bizzle Films with cameo appearances by Timi Dakolo and wife, Bukola Dakolo. Cute Sagay and more.

Alagbara is from the recently released Album, “Songs From The Place Of Prayer” Now Available on all digital platforms

Onos was born (October, 1) into a family of eight and from the Niger Delta Region is presently married to Mr Kunmi Ariyo (CEO MIRUS EVENTS).

A French translator, Onos is a graduate of French and was introduced to the music ministry at the tender age of eight. She is best described as a seeker of God, worshiper, wife, mother with a voice so irresistible she has been around for a while, sang in several choirs and groups and is presently a lead vocalist at the House on the Rock Church, Lagos.

For Onos, music isn’t just a profession or a hobby, music is her life!! Her sight gives you the impression that there’s nothing more beyond the looks but yet, in the dark skin lies a jewel with a voice so rich and so strong, it would leave you spellbound.

Her influences early in her music career were Whitney Houston, Lauryn Hill, Fred Hammond, Mary Mary etc. She took her music to another level with her debut album ‘Keep Moving’ which dropped February 28th 2010.

She is already bringing great dynamism into the music industry and with her life changing music; She has also performed in concerts and singing engagements within Nigeria and the US.

She has shared the stage with Gospel Giants like Fred Hammond, Israel Houghton, Don Moen, Ron Kenoly and a few others at The Experience 2010 where she did a remix to her hit song DANCE with Chevelle Franklyn from Kingston, Jamaica and she also sang the National Anthem with Phil Driscoll and Micah Stampley and also she was part of the artist line for the Experience 2014 as well . She also did a duo performance with Jessica Reedy (of the Sunday Best Fame) at the Corporate Elite Event at the Eko hotel and Suites 2012.

She has been nominated for several awards to mention but a few the City people Awards 2013 and 2014, Nigeria Entertainment Awards (NEA) 2013, African Gospel Music Awards under the Best female artist category 2013 and Artist of the year West Africa category 2014 among several nominations and she won the BEST FEMALE VOCALIST at the Nigeria Gospel Music Awards 2012 and Crystal Awards 2013.

She is also the convener of the FOR THE LOVE OF THE SEASON event. A music and style scenes show that brings together the finest in the music and fashion industry with its maiden edition in February 2012.

ONOS recently released her sophomore album titled ‘NO LIMITS’ with hit songs like ‘Everything has changed, Alagbara, Victory Song ft Jamacia’s finest Chevelle Franklyn which are gradually becoming a household worship songs across the nation and she embarked on a church tour in 2014 tagged ‘Onos LIVE IN CONCERT’ with the maiden edition at DAVID CHRISTIAN CENTRE, AMOWU ODOFIN and the 2nd edition at the Rock Foundation in Unilag.

Onos is an inspiring worshiper, and her songs are known to create an atmosphere of God’s presence. Not only does she makes awesome gospel music, her lyrics which are rich in God’s word and revelation are nothing short of compelling. Some of her Latest Songs include; 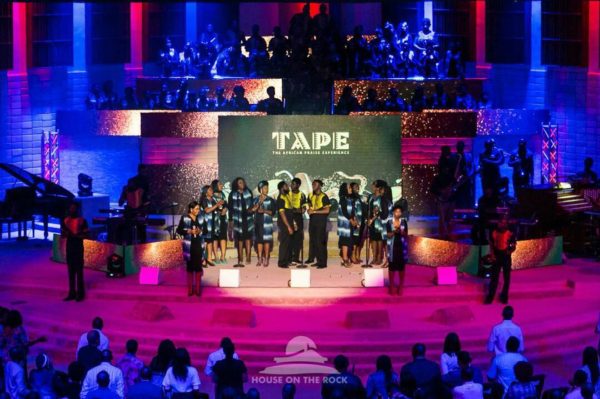 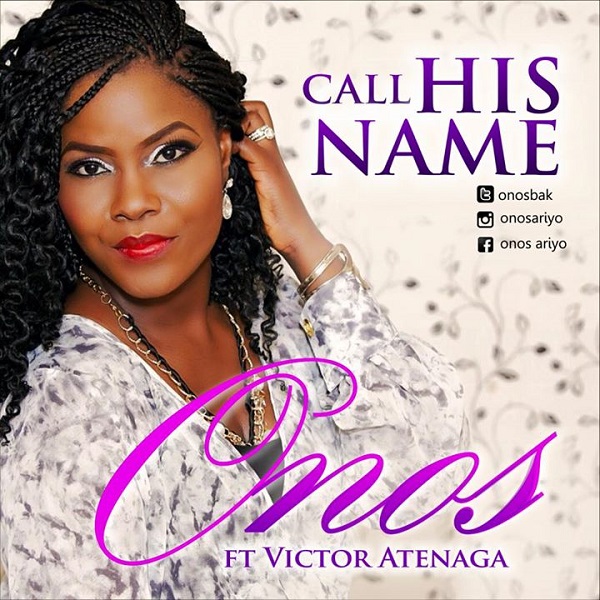 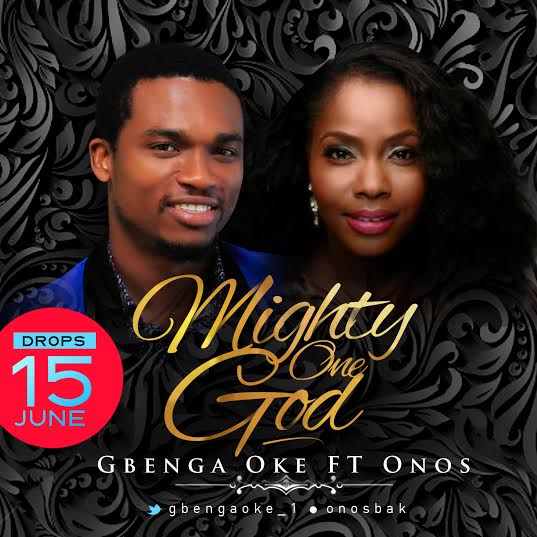 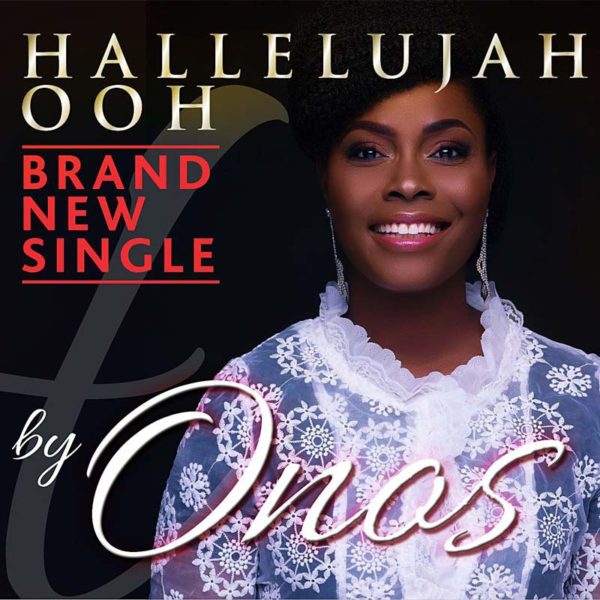 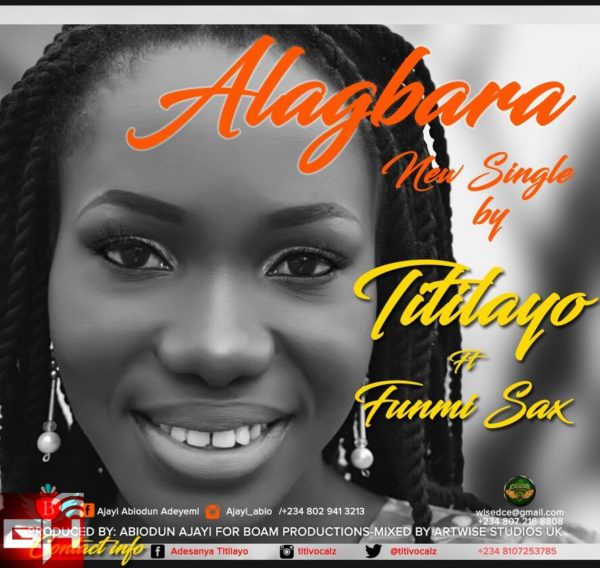 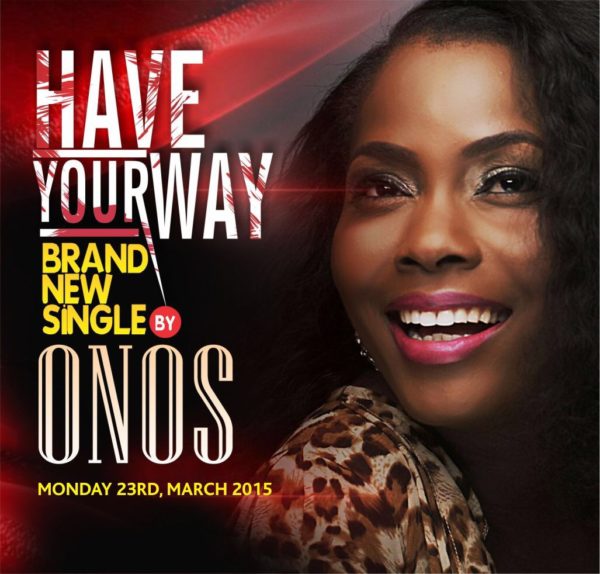 Music: Onos – Have Your Way