What Shall I Give To You Lord – Ijeoma Ozoemena 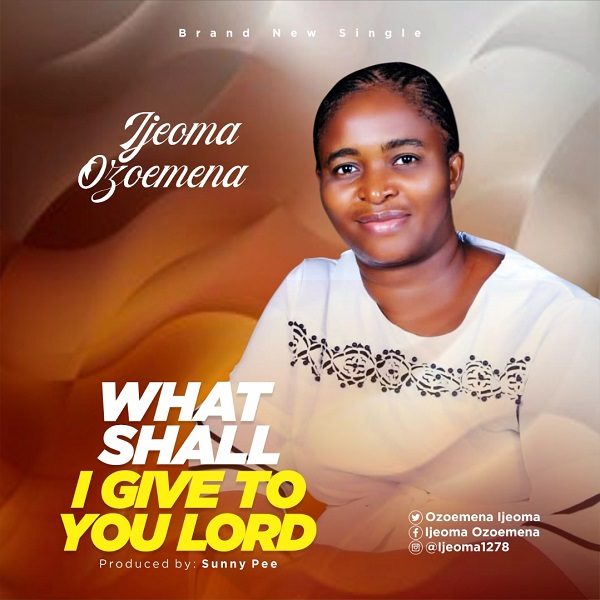 Music minister, Ijeoma Ozoemena’s long awaited debut single “What Shall I Give To You Lord” is out now! The thanksgiving single geared towards inspiring gratitude and giving of thanks was produced by multi-award winning producer, Sunny Pee.

In her words: “The song was birthed out of the church choir quest for the annual thanksgiving song to minister in the church. Out of anxiety (as the Choir/Music Director) I asked God (after one of the choir rehearsals) for a thanksgiving song. Then, God gave me this song on a Saturday morning (final choir rehearsal day: same week I did ask Him for a song to sing) and we’re to minister it the following day being on Sunday. I then taught the song, we rehearsed it together and then ministered it on Sunday in church.”

Ijeoma’s mandate is to reach out to the world (especially the lost souls while still praising the Lord through her music) via her song ministration.

Ijeoma has been singing in church since the age of ten.

In June 2021, she released her debut track (single) ‘What Shall I Give To You Lord’. Ijeoma still has more songs composed and written (to her credit) that are yet to be released.

Ijeoma is a born Philanthropist who derives joy in Kingdom advancement via blessing lives with her resources. She’s happily married with blessed beautiful children.