Following the “iTestify” concert where she introduced her new album, Port Harcourt based Gospel music minister Laureche has released the Eucharistia album for online purchase.

The Gospel music minister who testified of how the Lord delivered her from the hands of kidnappers few days after hosting the Miracle Worship Concert in the month of April 2017, said the new album is a celebration of praise and heartfelt thanksgiving.

“Eucharistia” translates “thankful”. It is a 9-track album, all written and composed by Laureche. None of the tracks were previously released before the album -tracks include “All Hail”, “Idinma”, “You are Great”, “In your Presence”, “Adore Him” and many more. 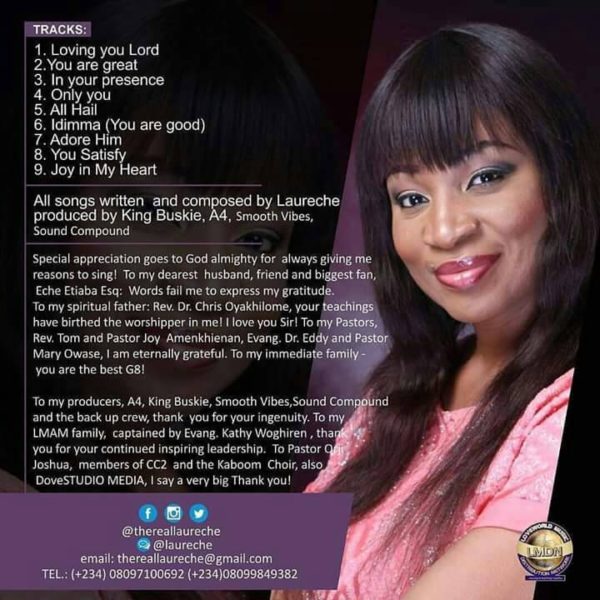 Get the album below: