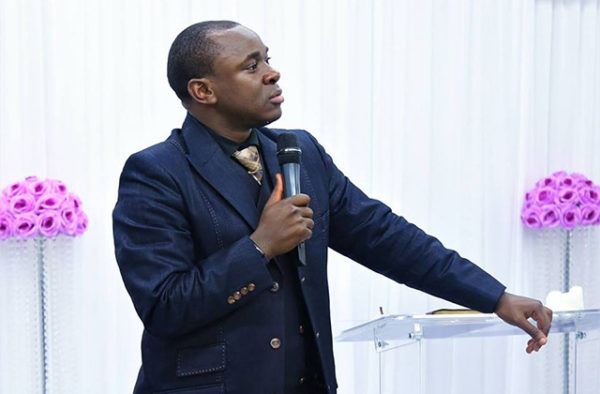 Called by God at the age of 5 in 1990, Bweyinda has had a thanksgiving breakfast at Serena Hotel, Kampala on Saturday.

As reported, he has used the opportunity to share his testimony, that entails spreading the gospel of Christ across 41 nation in a time period of 27 years.

Together with the entire family and ministry team of Redeemed Church in Masajja, the Preacher organised a mega Silver Jubilee Celebrations in 2015 at Speke Hotel Kampala followed my crusades that run under the theme ‘Operation Breaking the back bone of Witchcraft.’

Although less heard of in music lately, he recorded many popular music albums including Birigwawo (1992) and Gologoosa (2006) among others.

Bweyinda David’s encounter with God begun the day her mother, who used to sell bananas and vegetables on the street in Busabala, Makidye Division, fell seriously ill and was left with a few days to die.

She was then taken to hospital where a woman unidentified uttered these words; “Mumutwale ewabalekana,” meaning take her to the noisemakers (the pentecostals) to be prayed for.

Being staunch Catholics, Bweyinda’s grandmother first hesitated but agreed the next morning.

“The church we went to was in Kibuye. At that age, I only tagged along.”

Bweyinda says that while praying, the preacher prophesied that in the congregation, there was a woman left with 48hours to live but the Almighty had added onto her more 15 years.

“With the help of a one Dr Lamet Lumala who was then practicing in Mulago Hospital, they cut my mother somewhere around the belly and removed a scorpion. He told us she had been bewitched and still has that scar. He looked at me and said: “Wow..what a powerful man of God. You will travel nations and God will use you.”

“He then gave me money and told me to take mum home and not to give her food for two weeks. After that cutting experience, I could hardly sleep. I slept in the same room with mum and two weeks later, I got up one night and could not see our roof. I woke mum up and showed her but unlike me, she saw it and started praying that I was running mad. I saw a face smiling down at me and the roof came on again.”

He later received a vision, dream and confirmation message from Deuteronomy 28 that ignited his move towards ministry.

“That was when I told mum that God had called me to do His work. That was 1990 and I was four years old. Being her last child, she called my elder siblings and told them. Some slapped me thinking I did not want to study.”

Despite resistance from the mother who further consulted with pastors and told them that the son was going to waste away, David started preaching in Owino Market and on the streets.

“The Holy Spirit was upon me. That was when mum gave up fighting me. She realised that my calling was real. I spent a year preaching in Owino Market and the numbers grew each day.”