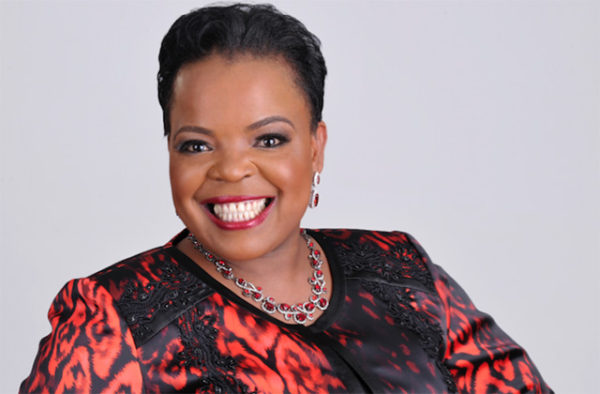 She has ministered before the Lord in music for over 3 decade now! In her country, she is referred to as the African Queen of Gospel music.

Her visit was confirmed this week by Jackson Senyonga, the founding and senior pastor of Christian Life Church-Bwaise.

Although the exact date of her arrival have not yet been issued, the church states that she will be in Uganda this May to minister during their revival meeting that begun 5th January, 2017, and runs under a theme Praise, Prayer, Power, Prosperity and Permanent miracles (P5).

“We are blessed to host another wonderful minister in the music ministry, Dr Rebecca Mallope, all the way from South Africa. This May in P5: She will be ministering in the over night and through the weekend there at Christian Life Church. Entry is free.” The Church statement reads in part.

Christian Life Church has since the beginning of its revival meetings hosted several notable ministers that include internationally acclaimed preacher Morris Cerullo, Nigerian gospel music singer David Ekene Daniel, of smash hit single “Tomorrow must be greater” among others.

In 1995 she released “Shwele Baba,” it broke the record at the time becoming the fastest selling album in South Africa, selling 100 000 within three weeks of release.

In 2003 she won a KORA All African Music Award for Best Gospel Singer.

According to local South Africa press, Rebecca has sold at least 10 million albums, making her one biggest selling artists in this country of all the time.

With a powerful testimony of God’s grace behind her influential ministry, She often talks about her father’s abusive nature when she was young and how that affected her mother. She said her father once went home, fetched her sister and her brother and left her behind, leaving her feeling neglected. In one of his “moments”, he also threw her mother in a river full of crocodiles, an act of attempted murder.