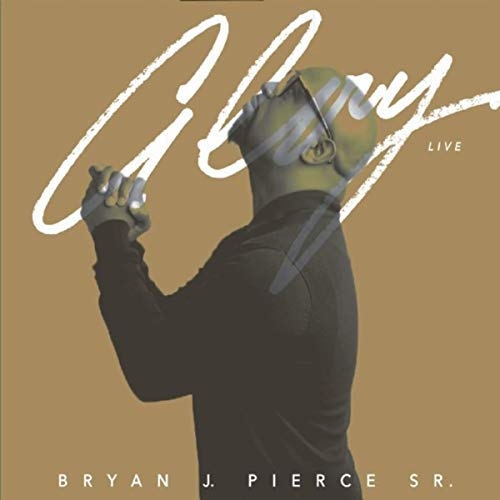 Bryan J Pierce has lived for some ten years or more inundated by the same question, “when are you going to release a solo project?” As a member of the Stellar Award winning contemporary Gospel group Men of Standard since its inception, the New Orleans native has been instrumental in fulfilling the Great Commission singing the Gospel as well as preaching the Gospel across the country and changing lives in the process.  Coupled with his assignment as Pastor, the arduous task of recording a solo project always seemed elusive.

It wasn’t until a conversation with Grammy winner and prominent worship leader Tasha Cobbs Leonard changed his perspective.  “Tasha asked the same question, but she admonished me that it was time to release this sound in the kingdom”, Pierce says.  “I followed that conversation with prayer and after receiving marching orders, we were ready to go, and that in itself was the answer to the call to release the sounds of Zion and experience the Glory of God in earth as it is in Heaven.” The response to Glory is a rousing Amen, as the CD earns a spot at Number 3 on the Billboard Top Gospel Albums chart this week.

Recorded live before a capacity crowd at the Mount Zion Baptist Church in Greensboro, NC, Glory captures the inimitable sounds of Bryan J Pierce in worship,  featuring production from Tasha Cobbs Leonard and Kenneth Leonard. Pierce is not alone in this journey, he assembles a cadre of support making it a family affair as wife Debra joins him on the rousing New Orleans flavored church rocker Joy and daughter Bryana serves a co-writer on Glory. Not to be outdone,  fellow Men of Standard members Issac Caree and Lowell Pye lend their distinctive voices to the project as Pierce covers the Todd Dulaney composition Listen and a not to be missed tribute to Quartet piece entitled He’s Able.

The first single from the CD heads to radio this week as Pierce finalizes plans for promotional events that includes radio interviews and ministry stops over the next couple of weeks.