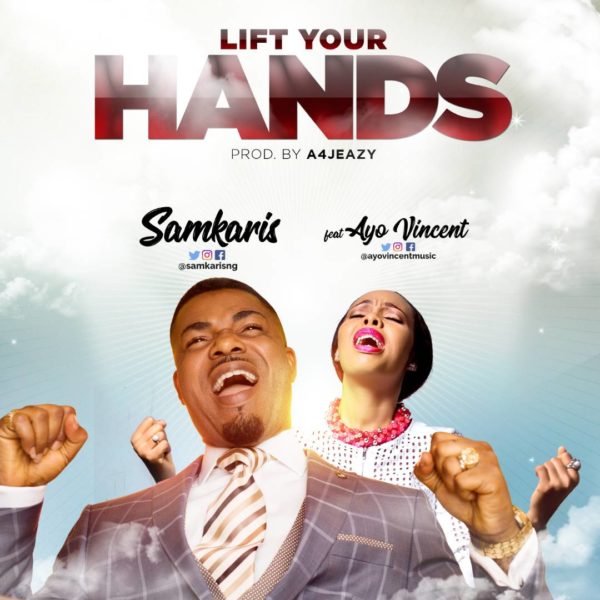 On this song, he drafts the proficiency of anointed music minister, Ayo Vincent.

Commenting on the new release, Samkaris said: “This song was given to me by the Spirit of the Lord. When we lift up our hands, it’s an act of worship to our God, the maker of heaven and earth. Also, it’s an act of surrendering to Him. The God you are worshipping knows you more than you know yourself. All power belongs to Him and there is nothing that He can not do when you believe!”

“Lift Your Hands” was produced by A4Jeazy.

Sam O. Kalu popularly known as Samkaris hails from Abia State, Nigeria. He is a committed christian with sacred trust. He was the praise and worship minister at Faithalive Christian Church, Cotonou, Republic of Benin for a decade and now at Christ Embassy AA Zone I, Abule Egba, Lagos.

Samkaris is a gifted songwriter with many soul lifting and healing songs. He had his first video in 2014 Keneremchi mu, and in 2018, he released I’m Going Higher.

The Holy Spirit has always been his spiritual inspiration. His music influence include: Sinach, Buchi, Frank Edwards and Eben. His vision is to reachout to the world with the gospel of our Lord Jesus Christ through his music and win them to Christ.