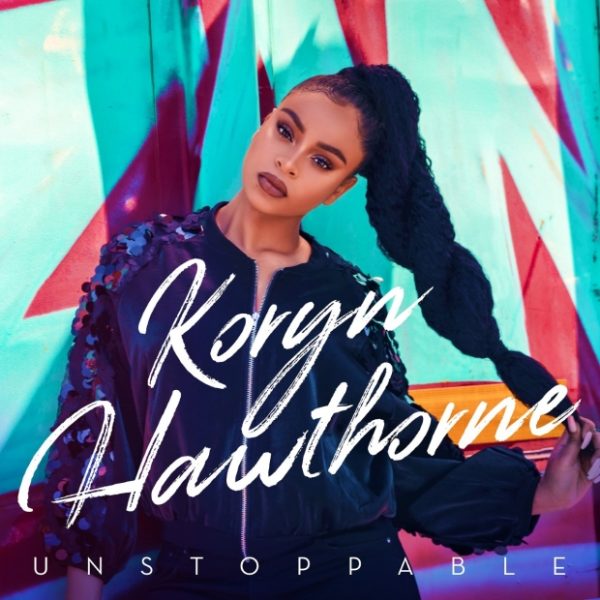 Chart-topper and former “The Voice” finalist Koryn Hawthorne, sets off a musical explosion of inspiration with her new album, Unstoppable, available everywhere now.  Giving fans a powerful dose of fresh beats and encouragement in being victorious and fearless, to be unstoppable through faith and purpose, the 20-year-old young star blazes a new melodic trail on her full length debut album of 10 tracks, incorporating her artistic influences of pop, gospel, soul, contemporary rock-inspired sounds and more.

With highlight tracks such as “Unstoppable,” “Down Goes Rome,” “Speak the Name” (feat. Natalie Grant), and the smash #1 hit single “Won’t He Do It” (Remix), Hawthorne’s album spotlights her potent vocals and dynamic songwriting, working in collaboration with GRAMMY®-winning and nominated superstar songwriters/producers Warryn Campbell, Aaron Lindsey, Bernie Herms, Makeba Riddick-Woods, among others.  Says Hawthorne: “I’ve been blessed on this journey, while working on my music, to have so much encouragement and hear so many incredible stories from fans in reaction to these songs. I’ve been so excited for this album to come out, and to share it with the world. I can’t wait for everyone to hear it!”

Nominated for two Stellar Awards earlier this year for New Artist of the Year and Contemporary Female Vocalist of the Year, Koryn Hawthorne’s fierce vocal and performance artistry fills the stage with even more thrills, live.  Experience Hawthorne performing from her new album live on stages around the country, on the Summer Lights Tour which debuted yesterday in Detroit and runs in selected cities until July 22nd, with additional touring to come in the fall.