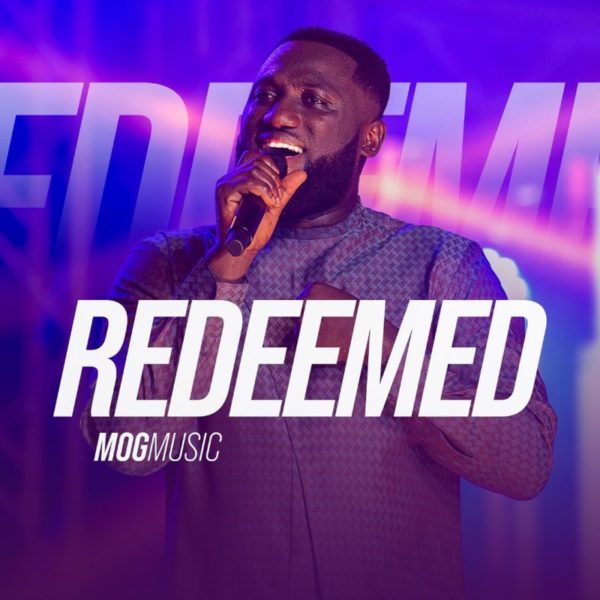 Ghanaian gospel Singer and songwriter, MOG Music uplifts spirits with his latest debut single in returning back to the music scene with the inspirational track he tagged “Redeemed”.

The Best Male Vocalist of The Year at the just ended prestigious Vodafone Ghana Music Awards (VGMA), MOG Music. The contemporary gospel musician and the new voice of Ghanaian music comes forth with the track in which he dubbed “Redeemed“.

“Redeemed” comes just after MOG has been crowned the Best Male Vocalist of the year and it is exciting to note that it has over a million views already.

“Redeemed” is simply telling us that as sinners, we should have been condemned to die. But Jesus, the precious Lamb of God who takes away the sins of the world, died in our place. He redeemed us from all unrighteousness and set us free from death, hell and the grave (Revelation 1:18). He set us free from sicknesses and diseases (Psalm 91:10). He set us free from the pain of the past and the fear of tomorrow (Matthew 6:26-34). And whom the Son sets free is free indeed (John 8:36)!

He has indeed redeemed us from the hand of the foe because of His unfailing love for us.

MOG beat off stiff competition from other artistes such as Joe Mettle, Kuami Eugene, KiDi and King Promise to win the “Male Vocalist of the Year” award.

His splendid live performance on the first night of the two-day event attested to why he won the award.

Picking the award, MOG thanked God for his unfailing love and the Apostle General, Rev. Sam Korankye Ankrah and the entire family of the Royalhouse fraternity for their support.

MOG was also nominated for three other awards; “Gospel Artist of the year”, “Gospel Song of the Year” with “Hallelujah”, and “Best New Artiste of the Year”.

When asked MOG said “this is just the beginning of greater things to come i believe God is taking me to greater heights”.

The track is also accompanied by a befitting and colourful music video for your viewing pleasure. In which he as well premieres and commissions the highly awaited visuals of the impressive song whose video has also already been released for the fans to enjoy and also to enhance the fast promotion and so far received much love.

E Do Well For Me – Royal Chris