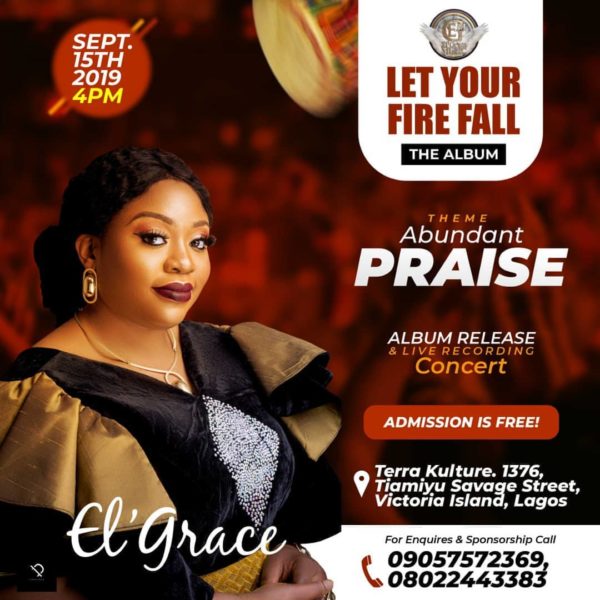 The Brooklyn-born music minister officially made her debut into the music scene in 2017 when she released her first single “You are Beautiful,” followed up by “I Am Free” and “Writer of My Story” in 2018 and her most recent “We Thank You” which dropped earlier this year 2019.

According to Grace, the upcoming concert will see her perform some of her previously released track as well as new ones, all featured on the “Let Your Fire Fall” Album. 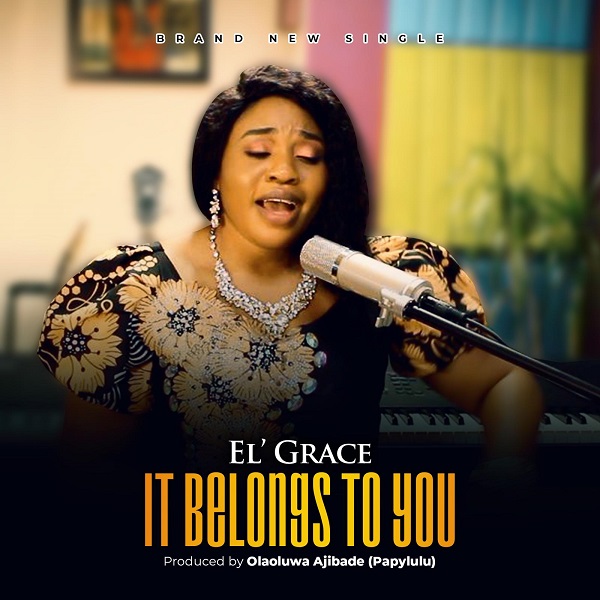 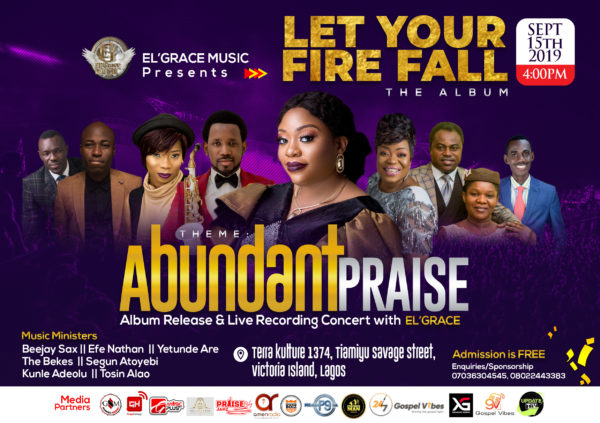 El’ Grace – We Thank You